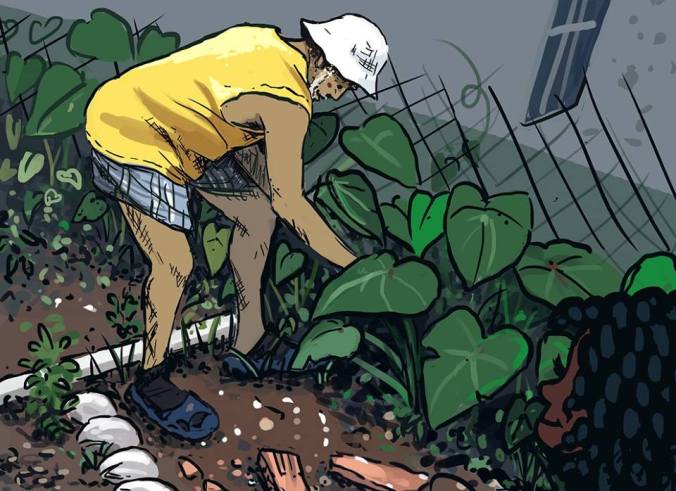 I visited my grandpa just before I flew to England in September. We sat downstairs at his Chaguanas home and I gave him the Hong Wing coffee and dried channa he’d asked me to buy on my way to visit him. After a bit of small talk, and eating, he asked me about my plans to go study at Cambridge… and our conversation gradually moved into what it’s like to live in England. It was at that point that he shared a story with me that I’d not heard before.

He told me that many years ago, in the 1950s, when he was around my age, he’d wanted to go to England. Whilst he can’t quite recall the name of the ship, he later said it was probably the MV Empire Windrush. At the time, that ship travelled a route between the Caribbean and the UK, and many Caribbean natives left on her to make their way to England. He’d hoped to be one of those people, but things didn’t go as planned. He told me of how he’d planned and saved up enough money for the trip, and how his brother had already gone before. The only thing he had left on the list of things needed for the trip was a jacket, which would have cost him $100, but he couldn’t afford it. He tried to get help from his father to pay for a jacket, but his father refused to support him and criticized his ambitions to go to England by saying that he’d only end up doing menial and demeaning jobs at the feet of English people. Dismayed, grandpa gave up on his dreams of going to England, and he’s never made the journey.

We didn’t spend much time talking about him giving up on that dream, since shortly after he changed the topic. He told me that he wanted to pick some dasheen bush to give me to carry home to cook.

The story stuck with me though… it struck a cord, because two years ago, when I first made a journey to the UK, grandpa gifted me a jacket. I’d not thought much of any meaning behind the gift then, but having heard grandpa’s story about needing a jacket for his journey in the 1950s,it made me appreciate that the jacket he gave me wasn’t ‘just’ an article of clothing, but in a special way it was him facilitating my experience of the dream he wasn’t able to.

Grandpa picked the dasheen bush, and we continued to talk. His neighbor joined in the discussion too. We spoke about seeing the world, good coconut pone, and cake. Before I left, grandpa wished me well, and so did his neighbor. He hugged me and blessed me for the journey ahead. I said thanks, wished him well too, and even more than I ever did before, appreciated that he believed in me, wished me to enjoy the experiences he never had and to journey further than he ever did.