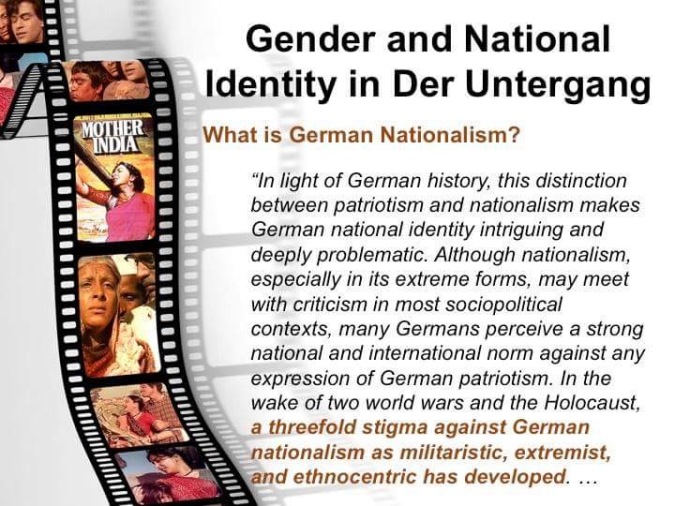 I remember when, in November 2013, I attended a lecture here at Cambridge University. The topic of Nazism and German history came up briefly in a class about Psychometrics. I can’t recall why the topic came up, but the posture of two German girls in class changed when it did. If I recall correctly, one of them bent their heads, and the other shifted and sunk a bit in her seat. I wondered to myself if the reaction was conscious. I wondered if they knew how their body language changed when the topic came up–how they appeared visibly uncomfortable. I felt a bit sad that they seemed to feel pain—why else would they move from being upright to sunken? Still though, I recognized that discomfort is often a necessary process to endure when confronting the pains of the past, making changes, and reaching to the state of mind where we’re convinced that some history isn’t worth being repeated. After class, I spoke to some friends about what I’d observed, and wondered openly about how some Germans might feel whenever discussions of that era resurface. My mind also shot back to a slideshow I’d prepared two years earlier, in 2011. The slideshow was part of a presentation I was making as part of a film course I was taking. We were tasked with discussing cinema and national identity, and I explored German, Indian and Caribbean (Bahamian) national identities.

The picture is one of my slides. I’d watched the film Der Untergang and tried to understand it, analyze it, to get a sense of Nazism and its link to German nationalism both in the past and the present. I’d searched and read from articles, commentary and papers to gain a sense of the effect of Nazism on German identity, and I came away from the exercise perhaps with a bit more empathy for the process that a young German person might have to go through in coming to healthy terms with their identity as ‘German’ despite the horrors committed by their ancestors. I imagined that it’s not always a beautiful or emotionally easy process. I imagine that there is some latent sense of shame, discomfort and guilt, and I imagined that whilst young Germans aren’t responsible for the sins of their forefathers, it remains part of their history… something which has shaped Germany and Germans today, and something which they’d have to work through, and perhaps with, as they come to an understanding of why certain things are the way they are and why certain ideologies should be avoided, both for themselves as Germans, and for those who are not. The experience of reviewing that film opened my eyes, and maybe my heart, to human experiences that I’m not sure I’d ever considered before… and when I sat in that class in 2013, and I saw those two girls shift, it added a layer of reality to what previously were just words on a slide and thoughts in my mind. (How does it feel?)

I’ve since met a few German people… folks that I’d count as friends, and it has occurred to me on various occasions to ask them what they feel whenever the Holocaust, Nazism and German national identity is discussed. I wanted to ask what they feel about expressing German patriotism to foreigners. However, I’ve never quite felt it an appropriate topic to broach, or at least I really just don’t know how to ask the question. Sometimes readings don’t present as clear an understanding as simply talking to someone does, and indeed my main reading was quite old, perhaps outdated. Part of me feels that perhaps many young Germans really don’t carry any sense of shame concerning their national identity and guilt concerning their history, even if they appreciate how evil the Holocaust was…. But then again, part of me does feel that perhaps many of them do. Both sides of those experiences (identity pride or identity shame) are understandable… perhaps they’re also both real and true.

——— To support me in my PhD studies, please hire me to do an illustration. Email me (kalifadamani@gmail.com) if interested and spread the word ^_^ Thanks!

To donate (if you don’t want to hire me): https://www.gofundme.com/tfe68rs OR Paypal:kalifadamani@gmail.com